Danubius Hotels held a soft opening for its newest child-friendly hotel! At 10am on the morning of 24 January 2018, Danubius Hotels Group opened the doors of its 13th hotel in the heart of Budapest, on the first floor of the Central Passage. After a test period lasting a couple of weeks, the Danubius miniHotel presents its official opening ceremony, when the hotel’s CEO Balázs Kovács introduces the hotel group’s first developments for the new year to business partners, colleagues and members of the press.

Danubius miniHotel is the hotel group’s, and moreover Budapest’s, smallest hotel, and so we can proudly announce that Danubius has a hotel to fit all sizes, as Danubius Group’s Hotel Hungaria City Centre is one of the largest hotels in Central Europe, while the Hotel Marina at Balatonfüred is the second biggest in Hungary. 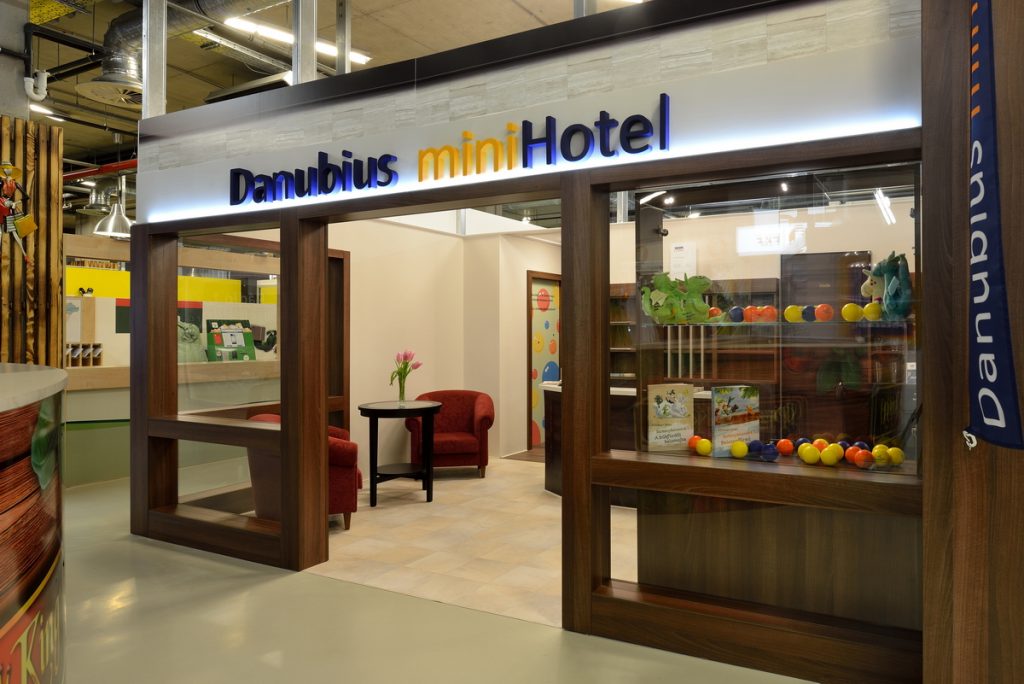 The Danubius miniHotel was built in record time by the sophisticated Rush Bt. company – in the space of three weeks, to be exact – to the spectacular plans of interior designer Ildikó Görgey-Szabó. The hotel’s total territory is a mere 25 square metres, and a special feature is that adults can only enter if they bend down to get in. There is just one bedroom, reached by a three-dimensional corridor from the lobby. This cosy bedroom has a double bed and an adjoining shower cabin. A gorgeous five-pointed chandelier lights up the lobby; the largest part of the hotel. Inviting armchairs at reception and bar stools at the counter of the lobby bar offer pleasant surroundings for expecting friends or an intimate chat. The impressive entrance of the Danubius miniHotel, with its illuminated facade and cheery flags, soon dispel any doubts – yes, we have arrived at a Danubius hotel, where the emphasis is on quality and a superior experience for guests. All the details at the Danubius miniHotel are based on the special attention paid to individual orders. 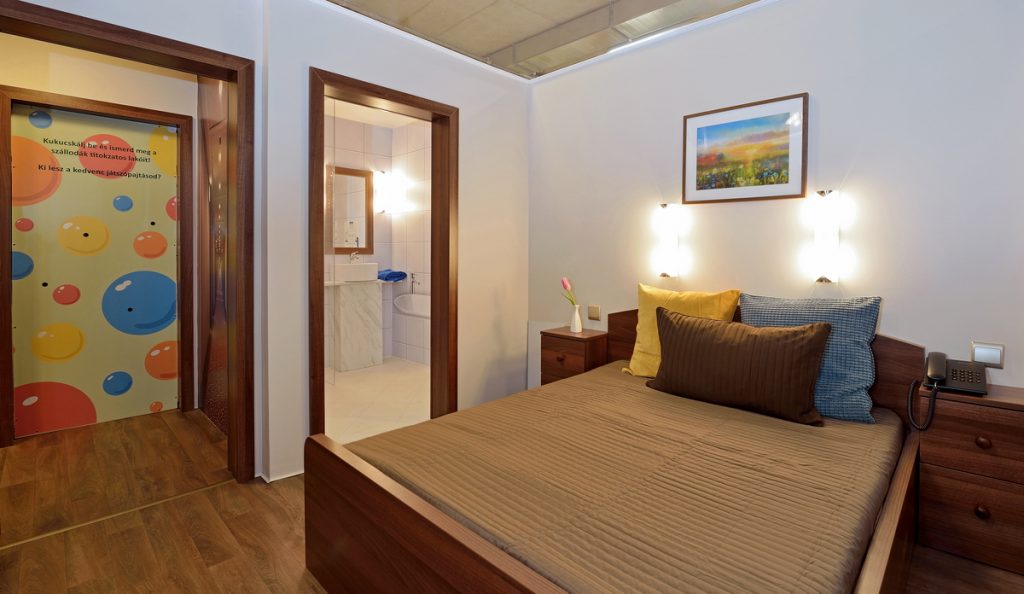 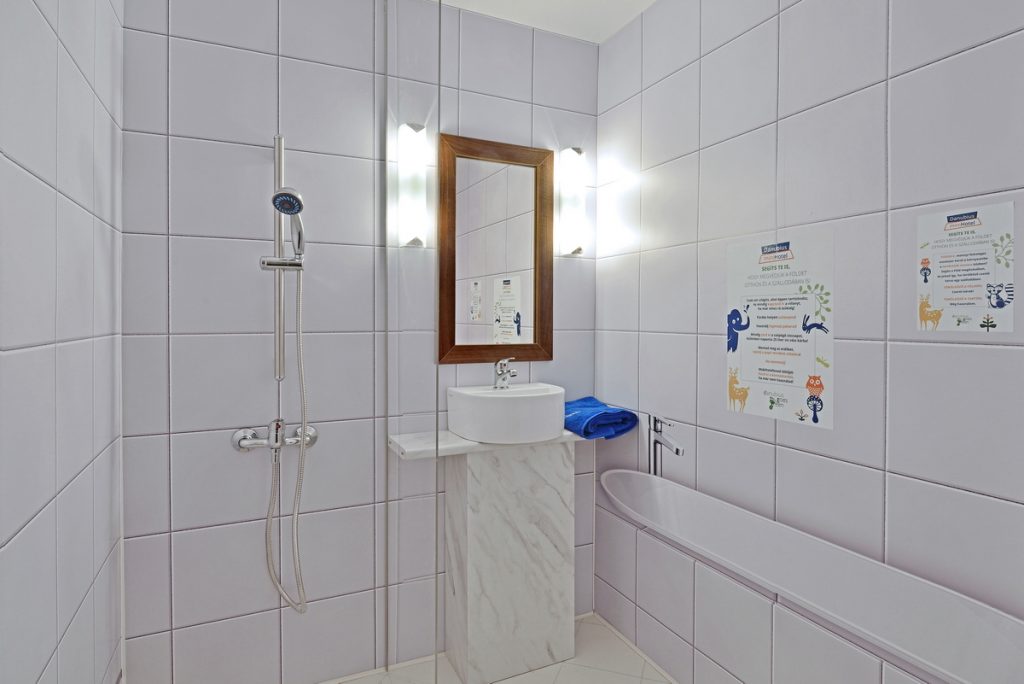 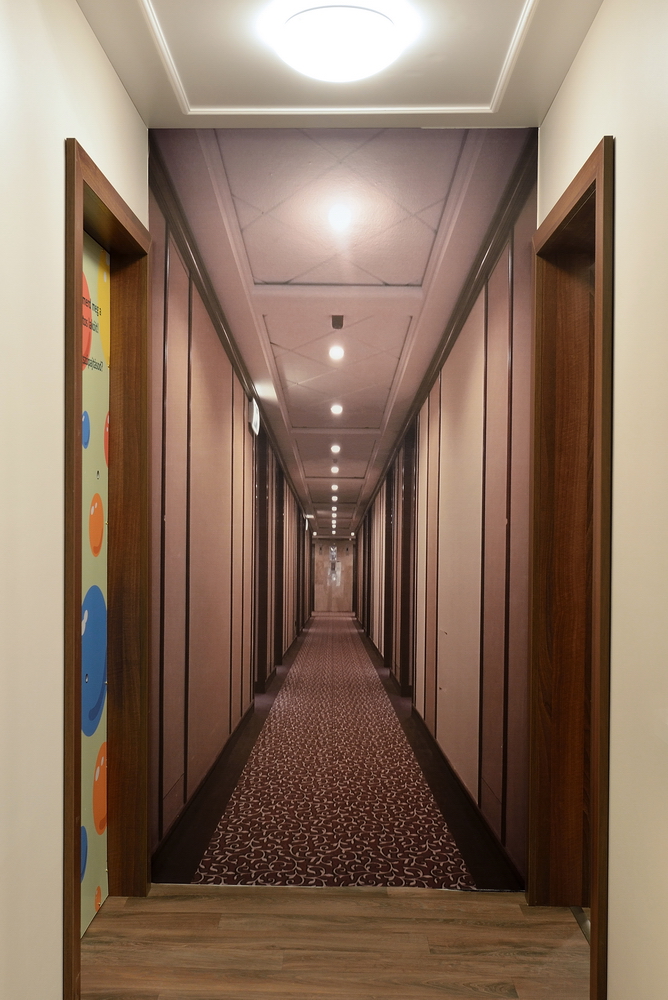 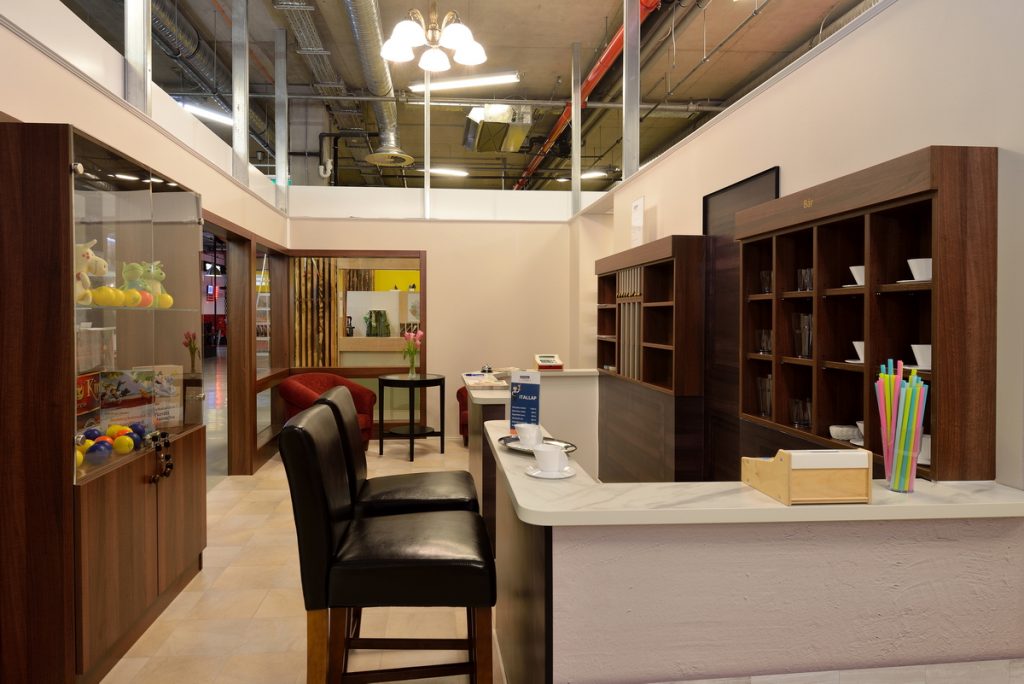 The furniture and furnishings are coordinated in a harmony of colours, just like in the top hotels of the world. Also, the staff all wear branded work uniforms and the key chains bear the hotel’s logo, moreover the design of the hotel’s stationery considers the needs of future guests. There are all the typical hotel registration forms and key cards, and also, as a farewell gift, every guest can take home a nice memory hanging from the door handle, after they have tried the lobby bar’s selection of ‘Pixies’ beer or a MiniPolis cocktail. 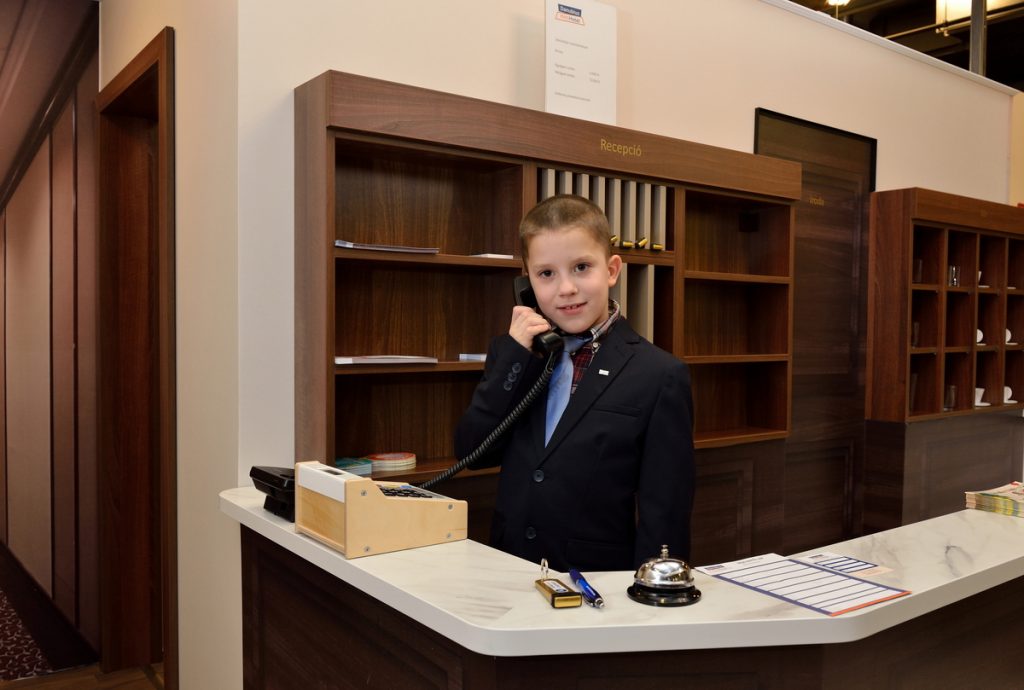 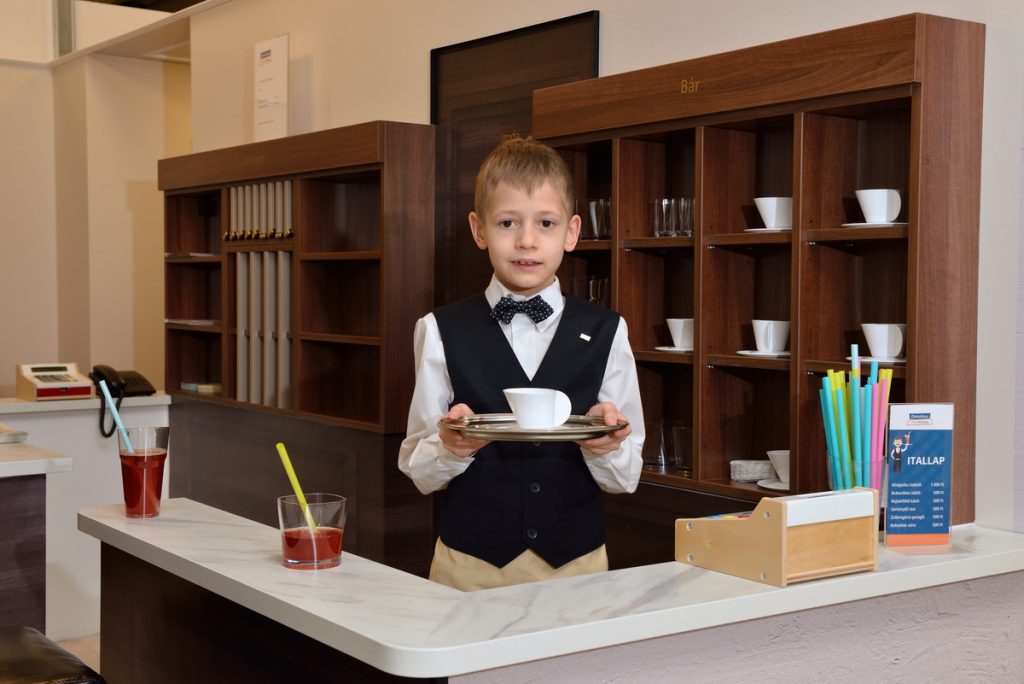 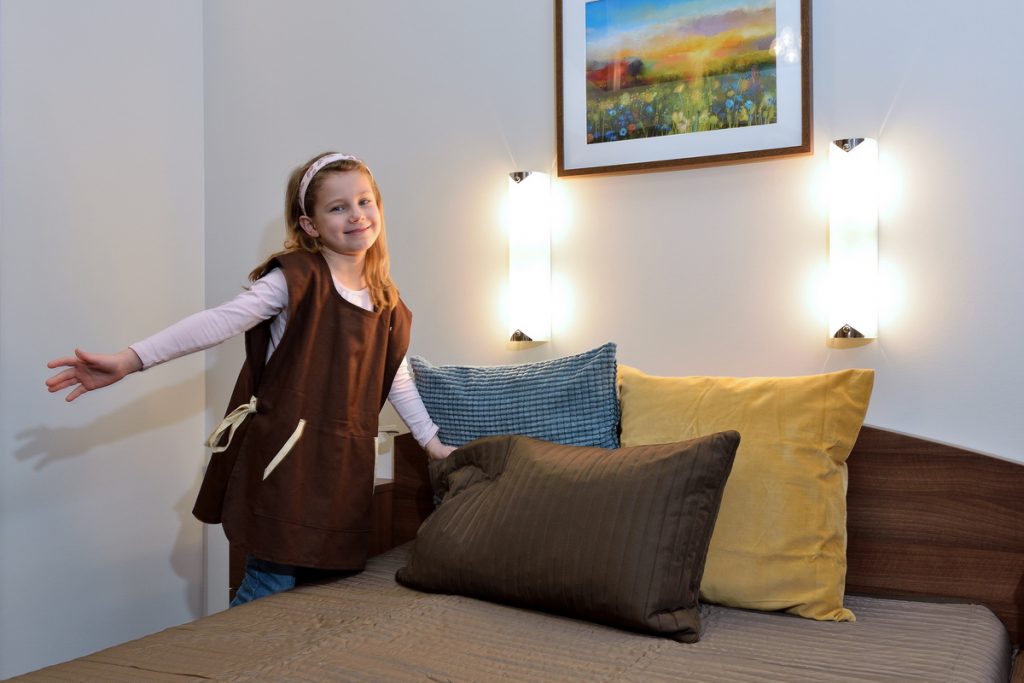 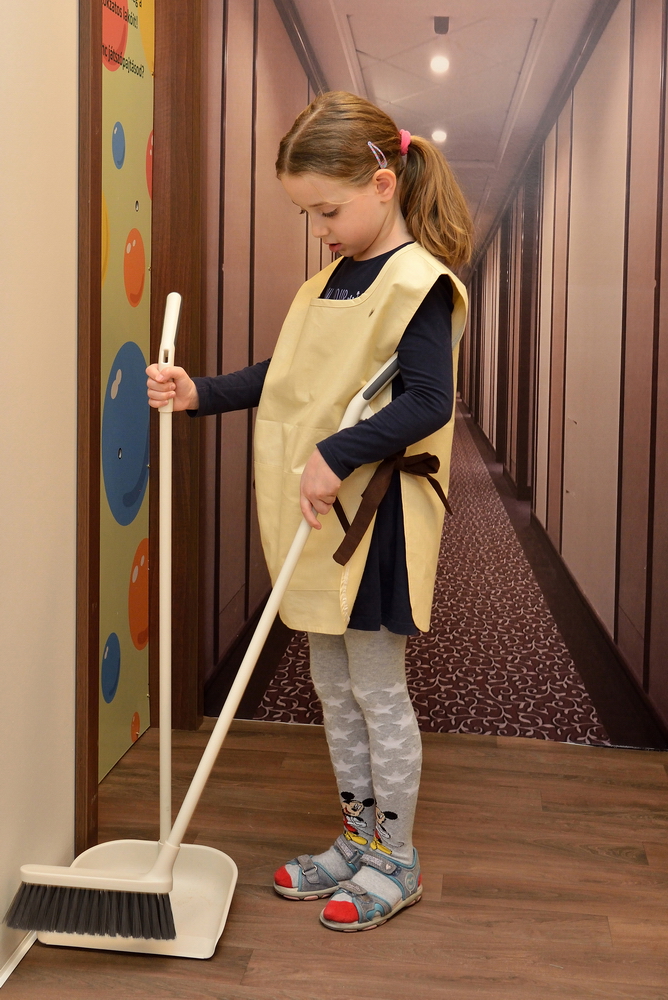 The Danubius miniHotel is a child-friendly hotel in the strictest sense of the word. Children operate the hotel and children are the guests. In one of Budapest’s most exciting, interactive playrooms, built inside the MiniPolis, children aged from three to 12 can become adults for a few hours. They choose grown-up jobs and adult roles, and in this way they try out what it’s like to exist in the everyday life of an adult. They go shopping, bake a pizza, drive a bin lorry, become a dentist, plant flowers, become a shop assistant or a hairdresser, moreover – thanks to the Danubius Hotels Group – they can operate a top hotel, or if the mood takes them, they can become a hotel guest. Following the philosophy of the MiniPolis, interactive, playful learning takes place at the Danubius miniHotel, with the help of animators. 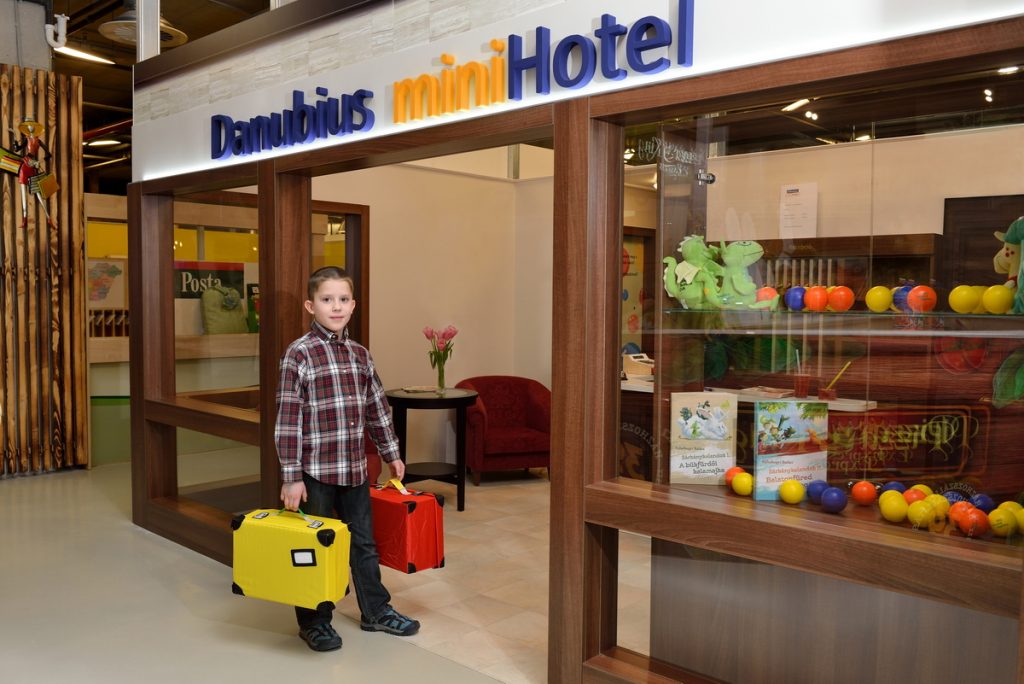 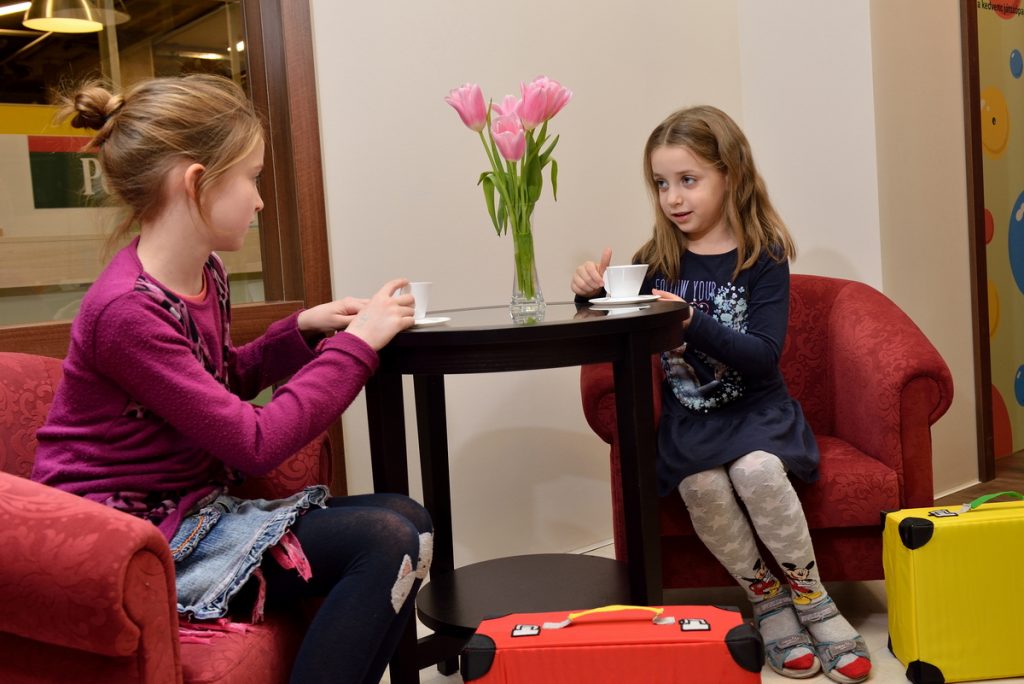 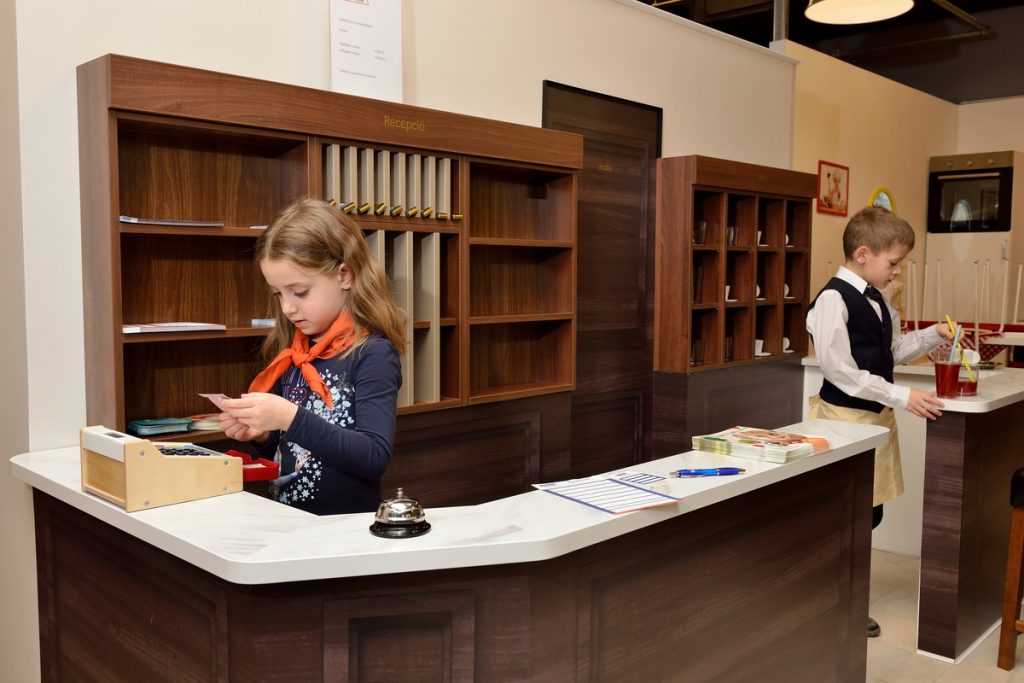 Children can learn more about the daily work of a hotel receptionist, a bell-boy, a chambermaid, a waiter or even the hotel director. Chatty posters encourage the children to follow a green lifestyle, especially as it matters whether the bathroom towel lands on the floor or stays on the holder. It’s also important to notice and turn off the lights in the hotel bedroom, when they are not needed. Using the toothbrush mug or saving water during a shower are all practices that even the youngest child can understand for themselves. 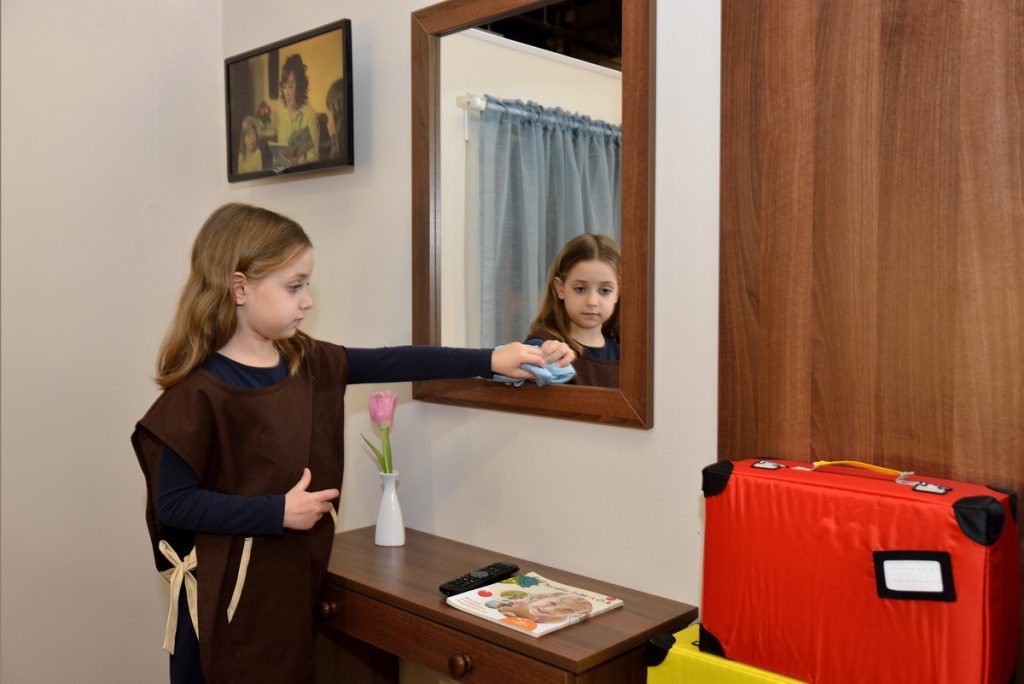 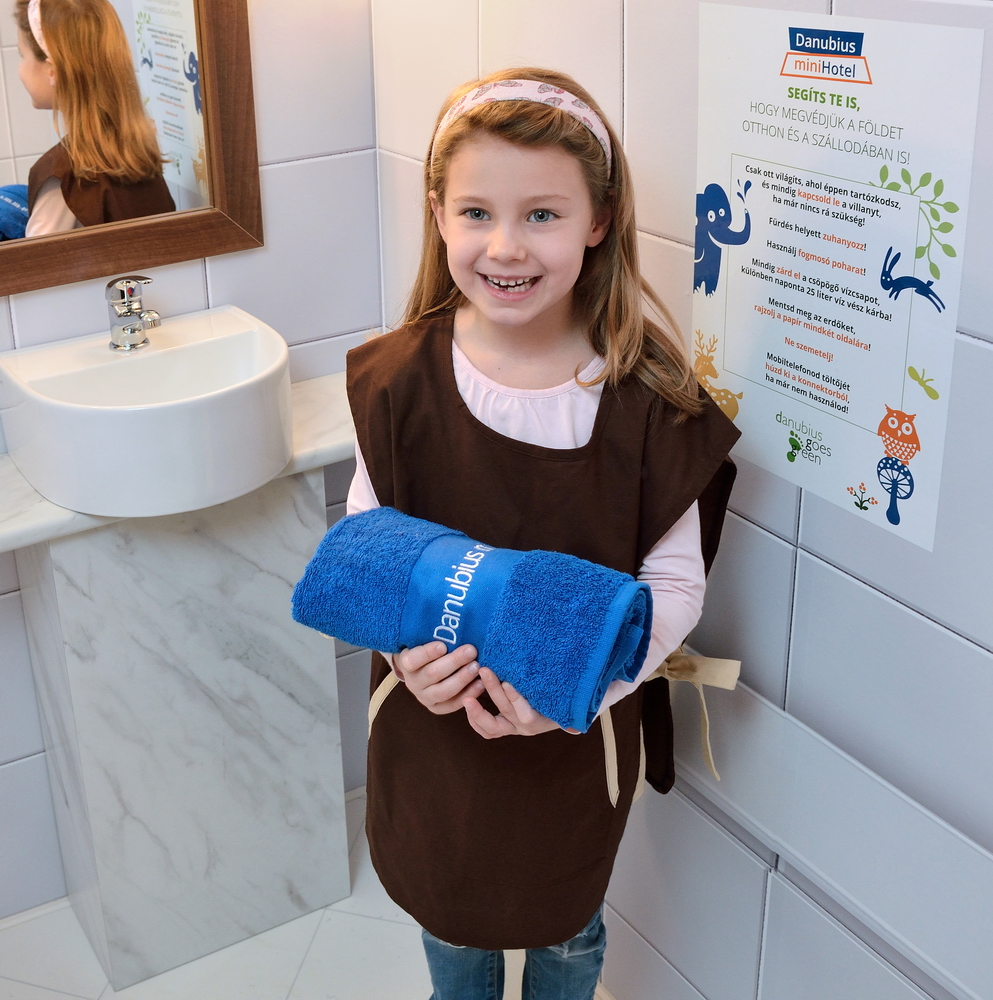 The day-to-day working life of the Danubius miniHotel is criss-crossed naturally by the Dragon Adventures, since the endearing dragon world at the Danubius Bubbles Club comes alive behind the cheerful, bubbly, peeping wall. While the little guests wait for a free room, they can watch fairytales on the room’s television, while the dragon puzzles and colours help to make the waiting time pass more quickly. Those who have really fallen in love with Drazse, Yoyo, Tiko or Dany, can also take them home, or read about their adventures in the specially created fairytales. They can also buy their favourites on the spot, just like at the adult-sized, child-friendly Danubius hotels at Bük, Hévíz and Balatonfüred. 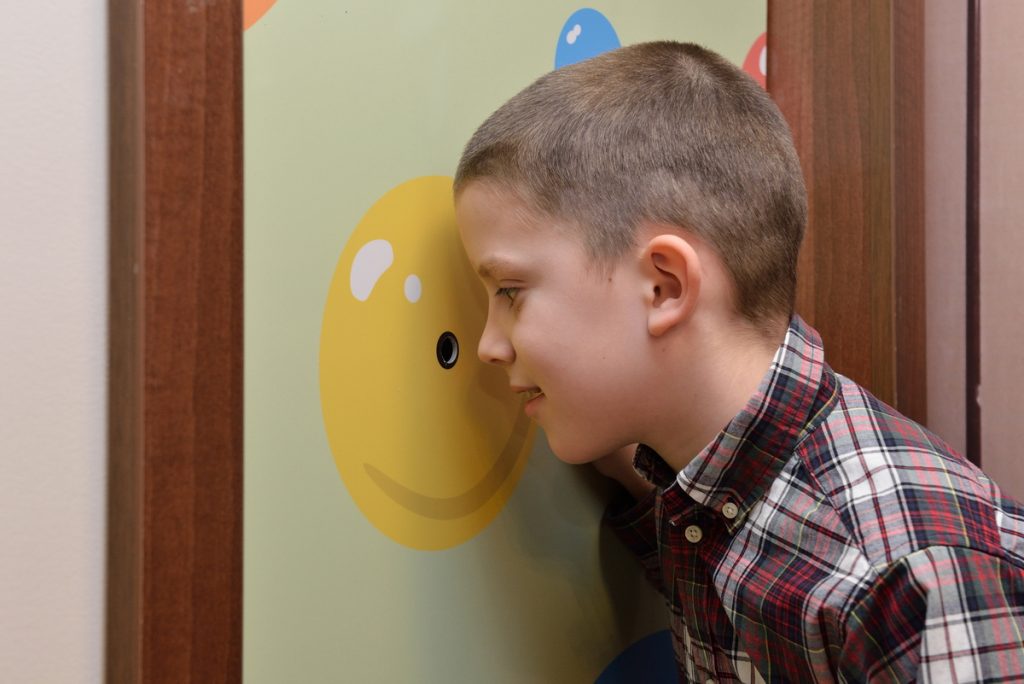 Danubius miniHotel is an investment in the future and in the future hotel staff, as the hotel group believes that for every satisfied mini-guest and parent at the miniHotel, they can welcome a future guest at the real Danubius hotels.
Danubius miniHotel welcomes guests on five days of the week, from Wednesday to Sunday from 10am to 7pm at the MiniPolis children’s city. 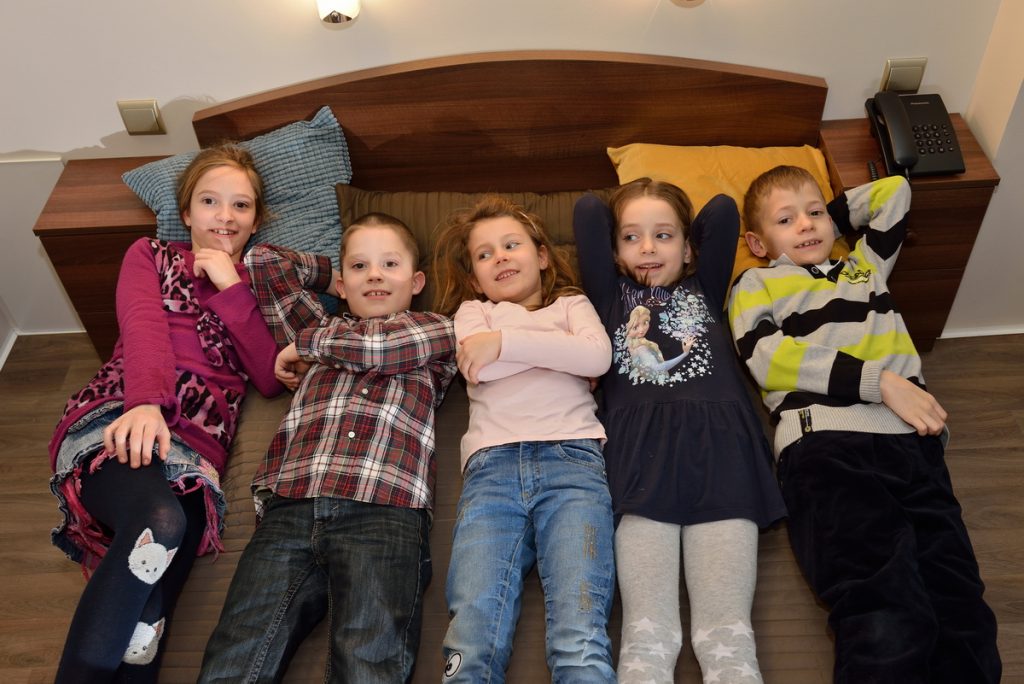