Brinner: A Meal Guaranteed to Please.

Once upon a time, there were breakfast, lunch, and dinner.  Then came brinner, the meal from…where else but California?…that rewrote the rules and challenged everything we thought we knew about the classic, eat-and-run breakfast and the leisurely dinner.  Brinner shows us that breakfast-type foods can be eaten at any time of day that one can enjoy fried bacon and beans with tomatoes in the afternoon or the mellow flavour of buttered croissants with jam just before midnight.  Our first encounter with brinner took place at the newly renovated Zsolnay Café, but before we get to that, let’s acquaint ourselves with a bit of brinner history: 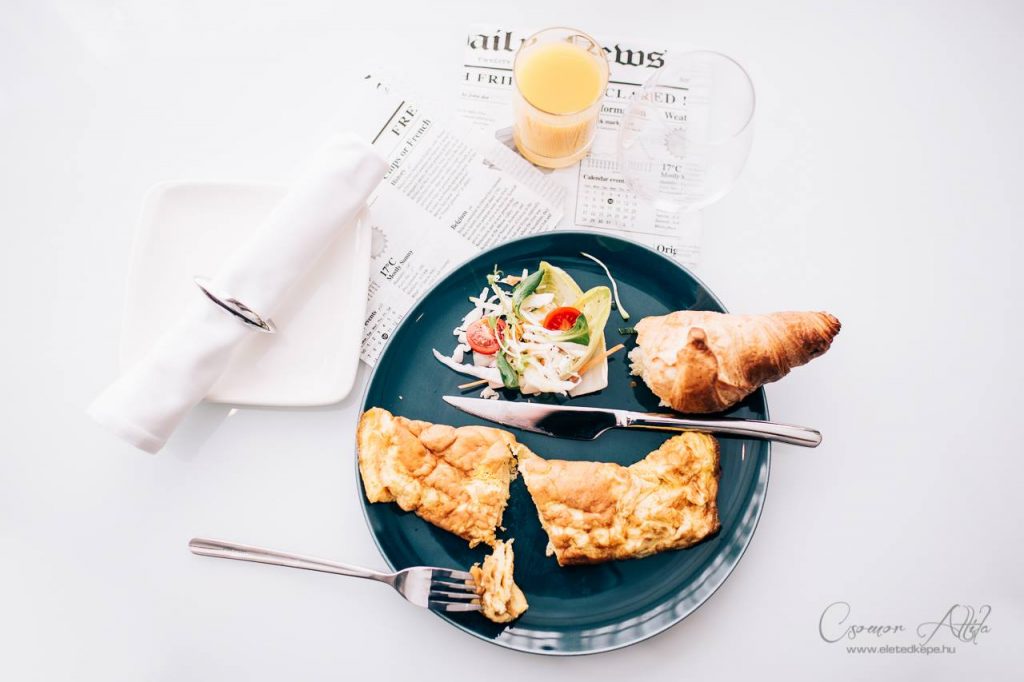 The word “brinner,” a portmanteau of “breakfast” and “dinner,” is a meal that unites dishes of the type usually eaten for breakfast with those generally seen at dinner.  Put simply, it is a breakfast that can be eaten at any time of day, including dinnertime, but that accommodates everything from Vietnamese Pho to crepes.  From its birthplace in California, this new dietary trend has swept the world at lightning speed, though its presence in Hungary is still limited to the menus of a handful of cafés.  The key to its popularity is that brinner foods are fresh, colourful, variable, and easy to prepare, while – not least importantly – permitting people to make up for what they missed in the morning rush at whatever time is convenient later in the day…to sit down quietly, unhurriedly, and give the meal the attention it is due.  This is why it is typically elegant cafés that are viewed as offering the proper atmosphere for brinner, allowing co-workers, friends, and families to give themselves comfortably over to the experience.

As there is no proper time for brinner, one never experiences what occasionally happens with breakfast, which most eating establishments serve only until 10:00 a.m.  Instead, you can have brinner whenever you like, as the dishes figure permanently on the menu and can be ordered at any time of day.  A sausage omelette at 10:00 p.m.?  Absolutely!  It is even rumoured that overseas, there are 24-hour restaurants with brinner menus.  Last year, moreover, witnessed the world’s first Brinner Festival, organised in Melbourne, Australia.

In April of 2018, following a project of several months, Zsolnay Café on Teréz korus reopened its doors.  This year, the 105-year-old Radisson Blu Béke Hotel will be celebrating the birthday of its iconic building and meeting spot in style:  with the rebirth of its noted ground-floor café in a spirit of tradition and renewal. 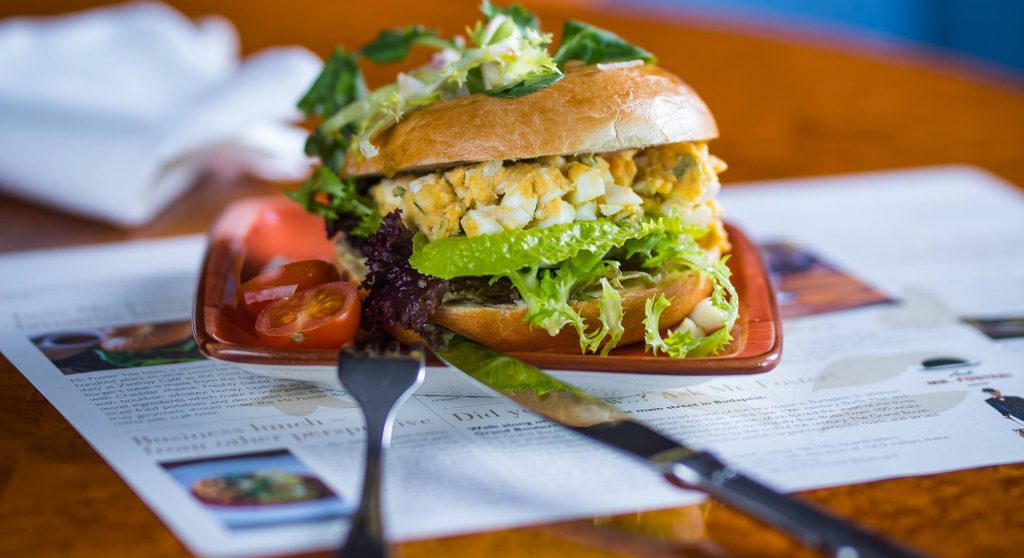 Guiding the restructuring of the new cultural and gastronomic space were two key considerations:  to provide direct street access that would return the café to Teréz körút and the city of Budapest as conceived in 1913, and, in renovating interior areas and services, to employ unique architectural solutions that would accentuate its special, inviting atmosphere.  In this same vein, the Haranghy Dome, a work of art decorated with intricately patterned leaded glass and a symbol of the hotel’s historic roots, was accorded a new place adjacent to the entranceway, permitting it, too, to share in the rebirth of the café and its cultural life. 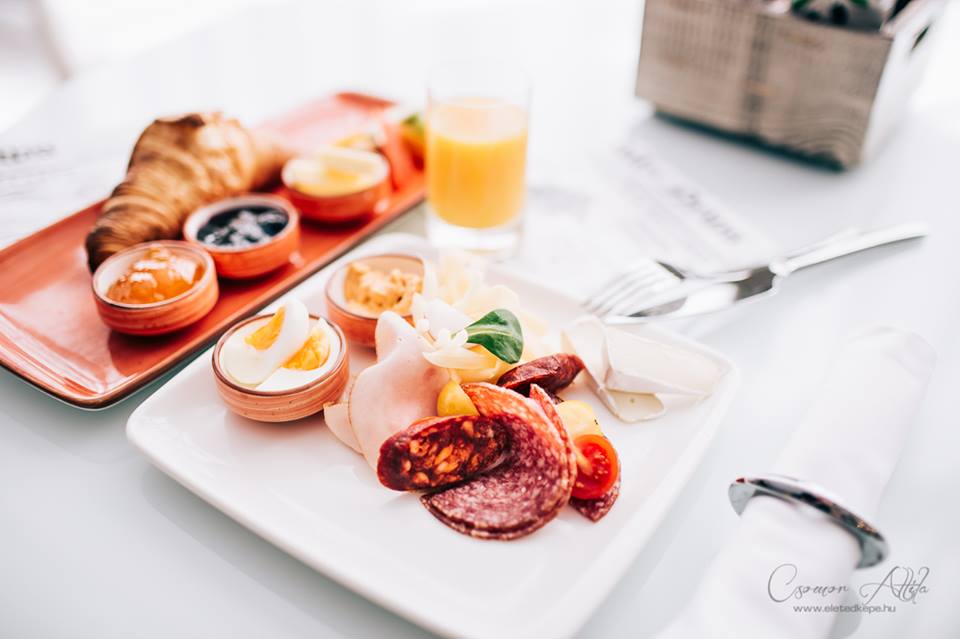 Have breakfast any time! Order a brinner!

Guests looking for an unusual gastronomic experience will enjoy the café’s bistro menu, created specially for the grand opening with a range of light, variable dishes, along with its now-premiering brinner selection.  The concept of brinner – that is, breakfast for dinner – allows café clientele to have and enjoy breakfast at any time of day.

For those who believe that even today, traditional gastronomic elements can make a business meeting or private event special – and what better way than by smuggling the most important meal of the day, eaten amidst mood-setting turn-of-the-century elegance, back into daily life – the Blu Relax, Zsolnay in Blu, and Mr. Foster in Blu brinner menus offer full meals that are available from 8:00 a.m. until midnight

Zsolnay’s brinner menu features imaginatively named, themed variations made with colourful ingredients composed on a single plate, along with à la carte omelettes, snack foods, salads, and sandwich creations.  Specific choices range from Hungarian fried dough filled with meat and cabbage or burritos with guacamole to a complete Zsolnay in Blu brinner with smoked salmon, poached eggs, buttered spinach with hollandaise, seedy rolls, and a mixed-leaf salad – a selection that speaks for itself.

“Omelettes, specialty coffees, Ronnenfeldt teas, fresh fruit and vegetable juices, pastrami, B.L.T. sandwiches, eggs Benedict, bagels, and our own BLU menus are all part of the all-day brinner selection,” says chef József Jaksics, noting that in his opinion, one of the best features of the newly designed breakfast range is that the various elements can be ordered à la carte or in judiciously composed menus.

It has been said that “All happiness depends on a leisurely breakfast”.  (John Gunther, American journalist and writer.)  If so, then happiness is on order at any time of day at Zsolnay Café. 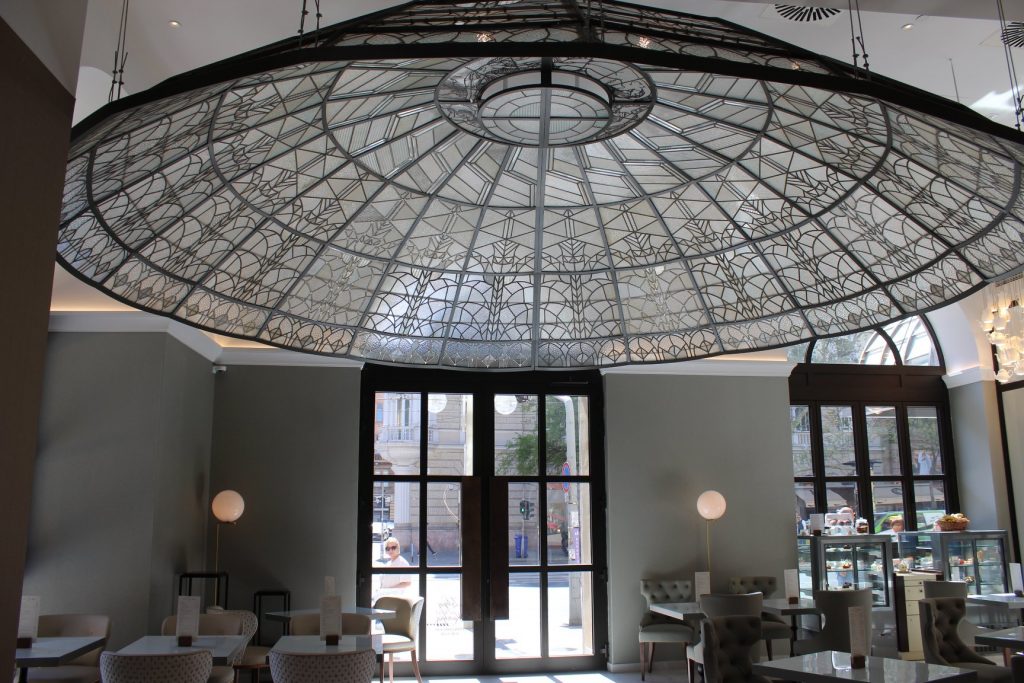